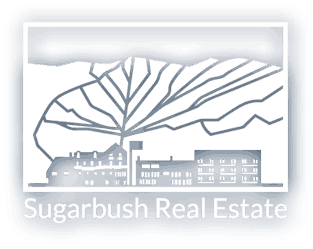 No account? Sign up now to save searches, listings, and get tailored listing notifications. It's free, opt-out anytime.

Save Your SearchRefine Search

There are many amazing aspects of the Mad River Valley. In fact, it's hard to find a spot that doesn't draw you in and make you want to stay. And then there are the extra special patches of earth that call to you, insisting you build the home you've always wanted. We call them Estate parcels. The Sugarbush Real Estate agents are THE land experts in the Mad River Valley, and we're here to help you find the perfect land parcel for your estate.

We've planned subdivisions, helped new owners through the permitting process, and we've assembled a helpful page of links to architects and builders (Design/Build) and other things you need to know (Valley Links). Contact us - we'd love to help you!

Scroll down to see Central Vermont land for sale, and dream up your new home today! Register to save your favorite listings and searches.

Ski home and hike adjacent National Forest Trails! Unique, 16.7 acre parcel in Slide Brook Basin includes three permitted lots and a 7.7 acre conserved parcel suitable for a community pond. Thoughtfully planned to preserve privacy and enjoyment of the surrounding environment, each home site offers outstanding views of MT Ellen ski trails to the West and the Northfield range to the East, approved septic designs for five bedrooms, and easy access to the Slide Brook wilderness amenities, including back country ski & hiking trails. Ski home from lower FIS or on the Slide Brook trails which may be accessed from Lincoln Peak or Mt Ellen. Suitable for a single family estate, family compound or investment parcel. Cost of utility installation from German Flats and required improvements to Slide Brook Rd to be at Purchaser's expense.

Breathtakingly beautiful land with dramatic views from Lincoln Peak to Mad River Glen. Majestic birch, winding stream, big western exposure. The driveway to a house site has been constructed and there is underground power at the driveway entrance.

Timber data in this report are based on a comprehensive and monumented timber inventory completed in June of 2019 for the purpose of establishing Capital Timber Value (CTV). The timber data reveal a total sawlog volume of 6,722 MBF International ¼” scale (7.1 MBF/acre), with 16,769 pulpwood cords (17.8 cords/acre). Combined total commercial per acre volume is 32.1 cords, a figure above average for the region. Stumpage values were assigned to the volumes in June of 2019, producing a property-wide Capital Timber Value (CTV) of $1,055,400 ($1,122/commercial acre). The species composition is nearly split between hardwoods at 54% of total volume and softwoods at 46%. Species composition for all products combined mirrors that commonly found in the area; however, with a higher percentage of white pine, given that several large forest stands were planted to pine in the 1950s, resulting in white pine holding 17% of volume. Other species include hemlock (25%), red maple (18%), the birches (12%, mostly yellow birch), sugar maple (10%). Remaining species consist of white ash, beech, spruce and miscellaneous hardwoods, completing the profile. The sawlog volume breakdown is similar; however, white pine holds the largest volume followed by hemlock, the maples, yellow birch, red spruce and white ash (see graph to right). Previous forest management has had a noticeable impact on reducing the American beech component.

Very desirable location in the heart of the Mad River Valley near Sugarbush and Mad River Glen ski areas. This +/- 111-acre parcel is on North Fayston Road, just off Route 100, in Waitsfield, VT. The property comes with a large barn in good condition, as well as several outbuildings and fenced paddocks, all of which enhance the possibility of an equestrian or farming endeavor. It could also be used to make a nice family compound or a wonderful vacation home. The land is a mix of fields and hardwood forests, with large level areas for a potential homesite. Solid established access with power and water on site for the barn and the other outbuildings. Long frontage on Shepard Brook, a good-sized tributary of the Mad River. Close to I-89, this is a unique property with many possibilities in the heart of central Vermont's ski country.

177 acre parcel of land known better as the "Webster Parcel' is the ultimate recreation parcel with many old logging roads, streams etc. Come create your off the grid paradise with many possible uses. Access to the Webster lot will be by right-of-way from Jones Brook road running in a generally southerly direction across the so-called "Lewis" lot to the Northeasterly most corner of the Webster lot, generally following an existing logging road. The appearance within the parcel is that of a healthy, vigorous well managed forest. The entire 177 acres has been under a Forest Resource Management Plan by Hunger Mountain Forestry, Inc for the last 3 decades and 100% of the 177 acres is currently enrolled in the Current Use Program. Imagine the possibilities

118.30 acre parcel with 300'+ of road frontage on Lynch Hill Road. 116.30 acres enrolled in Vermont's Current Use Forestry Program. 2 acres on Lynch Hill Road have been removed from Current Use. This is the ideal location to build next to the large pond. See attached Forest Management Plan for details. Newly repaired Class 4 Road. The land slopes up from 1175' on Lynch Hill Road to 1450' at the back southern edge. The developed logging roads are highlighted on the attached Use Value Appraisal Map. 6 miles to Route 89. 6 Miles to Montpelier. 11 miles to Waterbury. 28 miles to Stowe. 38 miles to Burlington Airport. 24 miles to Sugarbush Ski Resort. 9 miles to Norwich University.

A remarkable piece of land in desirable East Warren. Just minutes from Warren Village, Blueberry lake and Sugarbush resort. Unspoiled woodland that was at one time open pasture and apple orchard. Serious development potential or a remarkable estate parcel. Excellent view potential primarily to the East but also to North and West. Multiple locations ideal for ponds with no fewer than 4 identified year 'round springs. Easy access off a town maintained road. Come take a look and fall in love with this special parcel. See map in documents for locations of photos.

Lovely 43.2 acre parcel, rising across the street from Warren Falls, fronted by scenic Route 100. Formerly farmland, Mother Nature has taken its course but one can still wander on the old farm roads, relaxing to take it all in on each plateau. It is currently enrolled in Forest Conservation which has reduced the tax liability considerably. The town of Warren has the property assessed at $522,800. Buyer to be responsbible for any fees involved with taking part or partial acreage out of Conservation. The preliminary soil tests indicate strong development potential, or use for your own private estate and playground. The owner is willing to listen to all reasonable offers.

An extraordinary estate quality parcel set perfectly in one of East Warren's most desirable locations. Acres upon acres of rolling meadows surrounded by old stone walls with spectacular views of the mountains and all day sun. State permits in hand to build up to a five bedroom home. In an effort to positively enhance and to give continuous western views of Sugarbush, the sellers of this parcel will give a view easement/tree cutting easement. Site your new home and barn to take advantage of the sun and the southwestern exposure. Ideal location for an amazing equestrian property with more than enough open meadow to be able to turn all the horses out. Imagine the possibilities.

Copyright 2020 New England Real Estate Network, Inc. All rights reserved. This information is deemed reliable, but not guaranteed. The data relating to real estate for sale on this web site comes in part from the IDX Program of NEREN. The information being provided is for consumers' personal, non-commercial use and may not be used for any purpose other than to identify prospective properties consumers may be interested in purchasing. Data last updated January 19, 2020. 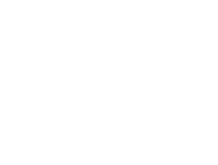